Europe’s marine environment is increasingly under threat from overfishing, habitat destruction, illegal fishing and poaching activity. To protect the most vulnerable of habitats and species, FishAct is preparing for its most ambitious campaigns to date. In this article we look back on 2011 and ahead at the new year.

At the start of 2011, FishAct had already joined forces with six other organisations and formed the Orca Coalition, a cooperation aimed at working towards the freedom of a young female killer whale named Morgan. The unfortunate animal had stranded on the Dutch coast in June 2010 and was ‘rescued’ by a Dutch dolphinarium. She was transported by road and put in a small emergency tank, her future in captivity seemed certain.

Throughout the year the Free Morgan campaign gained nothing but strength. The Dutch parliament discussed the issue, a member of the Dutch royal family accepted protest letters from a group of children during a visit to the dolphinarium and unprecedented legal action was launched. Hundreds of people donated to the Morgan Legal Fund and collectively raised over €10.000.

The lawsuit which ensued resulted in the first ever effective block of an orca transport to a captive facility. The Dutch dolphinarium wanted to move Morgan to the entertainment park Loro Parque on the island of Tenerife, Spain. In a packed court room, after hours of heated and at times emotional debate, the judge ruled that Morgan was not be moved but had to be given more space where she was held, until the responsible Ministry had the opportunity to look at all the evidence again and come to a new decision regarding her future.

A second judge overruled the ruling a couple of months later and the young killer whale was moved to Tenerife in November. This has moved the campaign to consider new tactics and strategies. What is certain is that legal steps continue in The Netherlands and that the focus now lies on campaigning in Spain and to some extend Norway, where Morgan is believed to originate from. 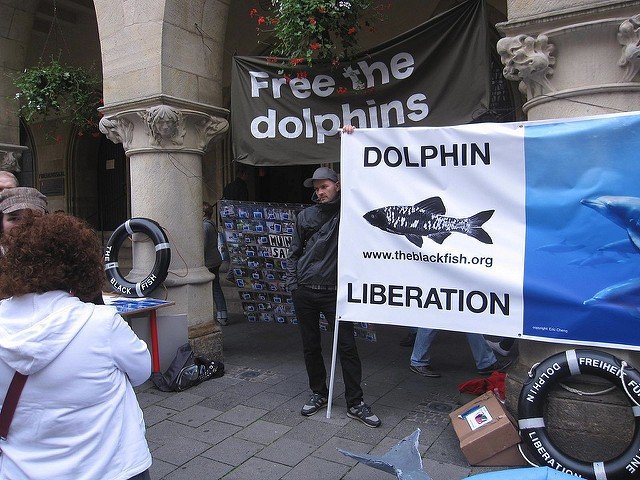 Last year also saw the launch of the first investigative project for FishAct. A small team started working from Malmö, Sweden, to expose the activities of the Danish fishing fleet, which operates in an area East of Denmark, known as the Kattegat. Large parts of this area have been established as no-fishing zones to protect fragile coral reefs and cod spawning areas but illegal fishing activity is believed to continue to pose a threat to this ‘protected’ habitat. FishAct is working towards a publication on the issue in the coming months.

In recent months FishAct branched out with events in Belgium, Finland, Netherlands, Sweden, Spain and the United Kingdom. Giving presentations, running stalls, organising fundraising events and meeting hundreds of people around Europe has given us the confidence that the building of a well-informed and active grassroots marine protection movement around Europe, is not only a real possibility but has the ability to create real chances.

Two of our most dedicated supporters, Mitso Kehayioglou and Loukas Pratilas, finished an epic sponsor run for FishAct in August and raised much needed funds for our upcoming campaigns. They achieved what had never been done before: to complete the formidable Greek section of the European E4 mountain path, covering over 1,600 km. They ran across the entire length of Greece, including the island of Crete, in just 29 days. 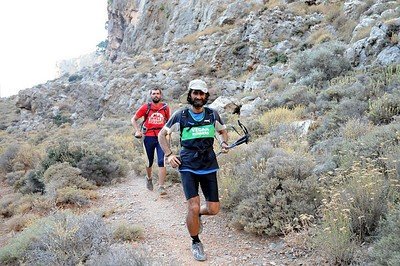 Thanks to the financial support from the Windsome Constance Kindness Trust and the XminusY Solidarity Fund, FishAct was able to purchase its first rapid response boat. On June 8th, during World Ocean Day, FishAct presented the 5,5 meter rigid inflatable boat which was previously in service with the Dutch Royal Lifeguard Association. The vessel has since been named Zeno 1325 and will be used for FishAct’s upcoming direct action and investigative missions.

Earlier on in the year we were contacted by the Belgian organisation “How To Save The Bluefin” about possible cooperation on the bluefin tuna issue. Our common attitude on taking effective action for the protection of the threatened bluefin tuna, resulted in “How To Save The Bluefin” merging with FishAct. The two organisations continue as one under the banner of FishAct and are preparing for a bluefin tuna campaign in the new year.

The coming months are posing some real challenges for FishAct as we are pushing ahead with some crucial campaigns in protection of the Mediterranean Sea. This wilderness is home to an abundance of species, both in flora and fauna. Every year, many species migrate through the Strait of Gibraltar. The sea is a major spawning ground for a number of migratory fish, as well as for whales, dolphins, turtles and sharks. While the Mediterranean waters were once full of life, in recent decades they have suffered from the impacts of overfishing, pollution, illegal fishing, habitat loss, coral destruction, gas drilling and tourism. The once pristine Mediterranean environment is now in serious decline.

FishAct will focus its efforts in 2012 entirely on the protection of this vulnerable region and work to end illegal and destructive fishing practices.

One of the fish species currently most at risk is the bluefin tuna. This prized fish is continually overfished in the Mediterranean Sea and its conservation deserves our utmost attention. FishAct is in the process of publishing a book on the lucrative trade in the endangered fish and planning for a new bluefin tuna campaign in 2012.

What is happening to the bluefin tuna is likely to re-occur for others, once the bluefin is exploited beyond the point of return. Other tuna species are believed to be next in the ever-increasing drive to make money from ever-diminishing fish populations. More news regarding our upcoming bluefin tuna campaign will be announced in the coming weeks, please keep an eye on this site or follow us on Facebook and Twitter. 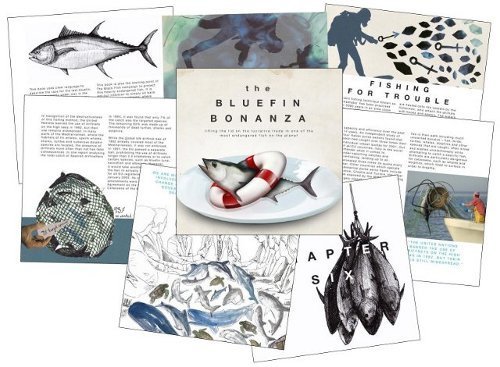 One of the most damaging activities in the Mediterranean region is driftnet fishing. An estimated 10.000 whales and dolphins die in the nets every year, in the Mediterranean Sea alone. A further 100.000 sharks await the same fate. For this reason the nets are often referred to as ‘Curtains of Death’ as they form a serious threat to all migratory species. Their use has been banned under various regulations imposed by both the UN as well as the EU. Although their use has decreased, an estimated 500 vessels from countries including Morocco, France, Italy, Turkey, Algeria and Tunisia continue to deploy them.

Other organisations such as Oceana and Greenpeace have, in recent years, worked successfully on identifying and exposing the illegal use of driftnets in the Mediterranean. Their work has ensured the implementation of new conservation measures. FishAct strives to bring much needed new energy and tactics to the ongoing effort to end the use of driftnets once and for all. More news regarding our upcoming driftnet campaign will be announced in the coming weeks, please keep an eye on this site or follow us on Facebook and Twitter.

FishAct is able to do its important work thanks to the support from many people around the world who help fund our campaigns. As we are pushing ahead with our most ambitious campaigns to date, please consider making an donation or becoming a member and join a growing movement of people who care.

We would like to take this opportunity to thank everyone that supported FishAct in 2011. Your contributions have ensured we are now in a position to start larger campaigns, where we hope to have a real impact in combating destructive fishing activity, on an international scale. We could not have done so without your help, so thank you! We hope you will continue to work with us in 2012 to ensure European sea life gets the attention and protection it needs and deserves. 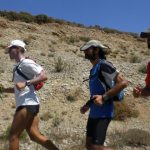 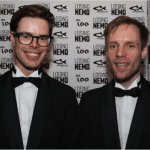