FishAct has just finished a six week long speaking tour across the UK to raise awareness of illegal overfishing and to rally support for its upcoming campaigns in Europe.

With over 30 public events across the country, the tour was great! Two speakers travelled over 4,000 miles during the six week period and met over 2,000 people as part of the speaking tour, with local organisers helping to put on events in colleges, universities, community centres, libraries and pubs.

The UK as an island nation has always had strong connections with the sea. FishAct aimed for this tour to help reconnect people with the sea, where perhaps this heritage has been lost over time. It has been a great experience for the team to experience to travel the full length of the country, from London to as far north as the Shetland Islands and many places in between.

Tom, one of the speakers on tour: “It has given me such inspiration to realise that so many people care about the issue of overfishing and wish to see effective action taken to halt further destruction. Many people we met signed up as new members and volunteers. Some donated in-kind to us, or are helping organise new events. The result of all this is that what has now been kick-started is the the birth of a broader movement for marine activism in the UK. We will get more events happening across the country in the coming months and work to repeat this type of tour in other countries across Europe.”

FishAct will be looking to organise other national speaking tours in Europe. In the meantime one-off events will be organised from early 2014. Details will be available on our events page as soon as they are confirmed. 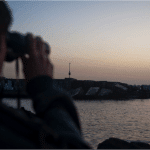 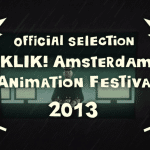