FishAct and Mister Lee, the animation studio that produced the animation film Losing Nemo, were awarded during this year’s San Francisco International Ocean Film Festival, the largest event of its kind. The 2014 animation award was presented to Douwe van der Werf, director of the film.

During the first five months of last year a dedicated group of animators, 3D modellers, graphic artists, designers and composers spent their free time working – entirely voluntary – on an ambitious animation film for FishAct. Though only 6 minutes in length, the project brought together over 30 professionals in creating an extraordinary visual tool; raising the alarm on overfishing and engaging the public on the urgency to act for the conservation of the oceans.

Losing Nemo has had an impact on the debate regarding overfishing, especially due to its strong stance and we are humble that it has now been celebrated with such an award. Again our thanks goes out to all the people that have made the Losing Nemo project possible. 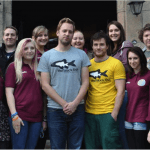 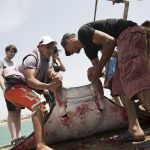 Next Story:
How to deal with it. On investigation in Morocco.