This week a lobster fishery operating off the west coast of Sweden was granted a sustainable fishing label through the Marine Stewardship Council. However, only four months ago Citizen Inspectors of FishAct observed illegal fishing activities in the exact same fishery.

The fishery operates in the Kattegat, the area of sea between northern Denmark and Sweden and targets Norwegian lobster (also known as nephrops) with trawlers. The Kattegat is home to a number of important spawning areas for cod, which has been heavily overfished in the area over recent decades.

Cod is traditionally caught alongside lobster in some of the Kattegat trawl fisheries, continuing the negative impacts on the troubled species. To mitigate this impact, the Swedish authorities imposed new rules, forcing fishers to fit special grids in their trawl nets, allowing for the release of adult cod fish swimming into the net, while catching lobsters.

As part of its ongoing investigations into illegal fishing in European seas, the Citizen Inspector Network of FishAct carried out over 100 inspections in Swedish fishing ports last August and found multiple illegally modified trawl nets, which enable fishers to illegally catch cod fish.

One of the inspectors explains: “During the inspections we found multiple steel grids which weren’t properly attached to the trawl nets, allowing for an opening to be created underneath the grid, so cod could be caught. One net even used chains as weights to open up the net further, making the fitted grid totally useless. On another occasion we observed fishers re-attaching their nets upon return to the port, presumably for the net to meet the requirements during a possible inspection by fisheries officials.”

Products from the nephrops fishery will now bear the Marine Stewardship Council (MSC) label for ‘sustainable fisheries’. FishAct notified the MSC about its findings but learned that the assessment period for the fisheries had already passed. Annual surveillance audits are carried out by the certification body but FishAct fears these will yield little result in uncovering illegal activities, in part because they are publicly announced before they take place.

A Citizen Inspector Coordinator: “Sustainability labels mean very little if certifiers are not digging deeper to find out what is really happening in fisheries. Surprise inspections and undercover investigators would be a good start. We will continue to build on our findings as with more evidence we stand a stronger case. The photographic and video evidence collected by Citizen Inspectors will not be made public, pending its use in possible legal action.”

FishAct appeals to anyone who might have further information about illegal activities in the Swedish nephrop fishery to come forward. 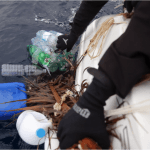 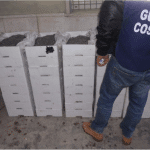