They look small and harmless but Fish Aggregating Devices (FADs) are the hidden killers of ocean life, catching large numbers of juvenile (baby) fish, causing bycatch and entangling other wildlife such as turtles and sharks. FishAct has now launched a new investigative campaign in the Mediterranean to pinpoint who is deploying the illegal devices and confiscating as many of them at sea as fuel budgets allow.

The new campaign is focused on investigating exactly which vessels and companies construct and the deploy the illegal devices, in a bid to map out the extend of the illegal activity. FishAct has already started confiscating illegal FADs at sea and plans to continue this into the autumn.

FADs heavily impact on juvenile fish of various species, prohibiting them from enjoying at least one reproduction cycle before being caught. Furthermore, FADs cause high levels of bycatch and the plastics used in the process often end up floating ocean waste, forming navigational hazards to shipping and animals.

In November 2014 FishAct carried out a series of sea patrols off the North coast of Sicily, Italy. Over 300 illegal FADs were observed in a relatively small area of sea and a number of devices were confiscated until the available fuel budget was exhausted.

FishAct has now started focusing on other areas and instead of removing FADs already deployed at sea, the campaign has deployed Citizen Inspectors in fishing ports to monitor FAD preparations at dock level. Groups of Citizen Inspectors have been out since mid-July and will carry on with their surveillance duties into August.

Samantha Hook, coordinator of the Citizen Inspector Network: “We have been present early morning until late evening in those ports we believe are the hotspots for illegal FAD activity. Over the coming weeks we will step up our efforts and we will do our best to ensure that any collected evidence is followed up by concrete enforcement action. Securing confiscations of illegal fishing gear is our top priority and we will call on the authorities to increase fines to those found using the prohibited devices.” 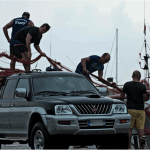 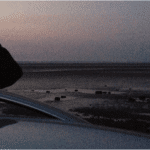