The sun, food and people; How I got hooked on investigations

Sicilian sun, inspiring people and delicious food. This is all I’m thinking of while staring out of the lab window. It’s grey and rainy in Bremen and I’m waiting for my samples to defrost. “What the hell am I doing here?“ I can’t stop asking myself this question while my thoughts return to Sicily again. It has been a week since I came back home to daily life from my first investigation as a Citizen Inspector.

I have been involved in activism and conservation for over a decade now and the Citizen Inspector Network was meant to be one of a number of important projects to me. But I have to admit that it became something much bigger to me than I anticipated.

I was very excited and full of anticipation when I got on the plane to Italy on July 31. I guess some tension was involved as well, as I kept reading in my training curriculum while waiting for the flight. At the airport of Palermo two other inspectors and the heat of Southern Europe welcomed me in the middle of the night. During the two-hour drive to our accommodation I tried to imagine what the landscape would look like in daylight and enjoyed the smell of my first Sicilian summer night. When we arrived in the flat around midnight I went to bed and felt in a light and fitful sleep.

The next morning I woke up very early because of the heat. I roamed around the flat and had a cup of tea on the balcony. The landscape was even more beautiful than I had imagined it the night before. Green mountains with small and idyllic villages, fig trees and a blue-green ocean up to the horizon. By and by the other people woke up and we started the day with breakfast and a first meeting to discuss the plans for the following days.

Our investigation focused on the illegal use of Fish Aggregating Devices and illegal driftnets. Both these fishing gears are highly destructive and produce a high amount of by-catch, such as turtles, whales and sharks. To observe and document the preparation and use of these types of fishing gears in the port of interest we had to cover a long period of the day. We split up in three teams of two people, which would then observe the port for two to four hours masked as a tourist couple. 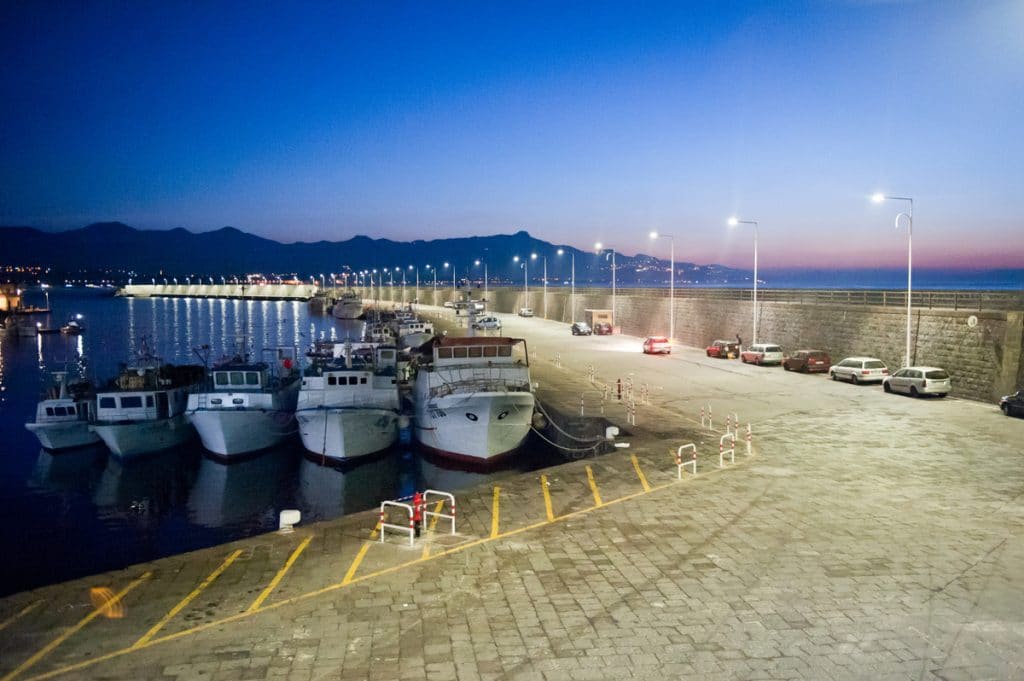 Nightshift in a Sicilian fishing port. Photo by Chris Grodotzki / The Black Fish

I was surprised how naturally it felt to walk around a port or to sit down on the docks, pretending to watch the horizon with your partner. The Sicilian fishermen were not suspicious at all and didn’t assume that our holiday pictures were evidence of crime and our alleged phone calls an inventory of their vessels and fishing gear. Some of them even invited us to come aboard or to take pictures of their catches.

After every shift we spent a lot of time in front of a fan, trying to concentrate on our notes, photos and audio records to prepare for the debrief. All the evidence we documented during the shift was then collected and stored for upcoming analysis, reports and possible prosecution. After a few hours of sitting in a port, enjoying great company and a beautiful landscape, one really feels they have made a concrete contribution to help expose fishing crime in Sicily. After a few days the rocks, palm leaves and metal rings (used to construct illegal fishing traps) caused waves of enthusiasm and excitement. Regardless of our sleep deprivation and the danger of getting caught, we wanted to get out in the field as often as possible and got visibly disappointed when we had to leave the port unattended to get a few hours of sleep.

After ten days of investigation it was hard to say goodbye to everyone. In the past days we were sharing joy and frustration, stories and dreams, cooling granitas and the most amazing pasta. Nobody wanted to leave this place, where making a difference felt so easy and naturally. Back in daily life I’m missing this feeling so much, that I can’t wait to return. And I know that each of us will be back on the next investigation very soon.

Written by Valeska Diemel, who joined one of the FishAct investigations in summer 2015. 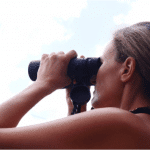 Previous Story:
From Italy with love – Going undercover with FishAct 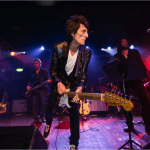 Next Story:
Rock legends in concert for ocean conservation