Rocks legends Ronnie Wood, Mick Taylor, Doug Wimbish and Leah Wood joined Bernard Fowler and an impressive line up of bands including The Strypes, Hidden Charms and Will Heard, as well as a host of celebrities in London for Project 0’s Wave Makers Concert.

Concert goers and people around the world enjoyed live stream performances and short talks on the importance of taking action for the oceans by actress and model Cara Delevingne, actor and Project 0 board member Jimmy Jagger, the Nature Conservancy’s Maria Damanaki and many others.

The night, which featured the work of Project 0 and its partners, raised crucial funds for the Blue Marine Foundation, Nature Conservancy and FishAct. FishAct has partnered with Project 0 to raise the profile of its fight to halt illegal overfishing and raise funds to strengthen its civilian enforcement work in the Mediterranean Sea.

Learn more about Project 0 and get involved at weareprojectzero.org 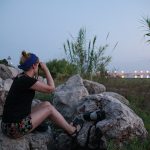 Previous Story:
The sun, food and people; How I got hooked on investigations 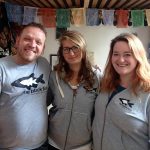 Next Story:
FishAct kicks off its work in Germany