The collective Make Stewardship Count sent an open letter to the MSC, that is listing their concerns and demands and was signed by 70 organizations as well as scientists and nature photographers. You can read the open letter here: Open-Letter-to-MSC.pdf

The MSC label, the most recognized seafood sustainability eco-label, is increasingly being awarded to fisheries that routinely catch thousands of vulnerable marine animals; discard excessive amounts of sealife as waste; irreversibly destroy sea floor habitats; and continue to catch overfished species. Some of the MSC certified fisheries have been widely controversial and considered unsustainable by many stakeholders. Here are some examples:

MSC certification of the New Zealand hoki fishery has been a highly controversial since the first assessment process in 2001. Despite being re-certified by MSC twice since, the hoki fishery has ongoing and increasing levels of by catch of Salvin’s albatross in the trawl nets at a level that is likely to be preventing populations from recovering and may be causing further decline.

The North West Atlantic pelagic longline fishery for swordfish was certified in 2011 after a lengthy objection process and recertified in 2017. Pelagic longline gear is a line up to 50km long with between 1000 – 1500 baited hooks floated near the surface of the ocean. While targeting swordfish, the fishery hooks many other endangered and threatened species. To land about 20,000 swordfish, the fishery catches more than 100,000 blue sharks per year that are not kept – the blues are cut off the line with a 30% rate of death. The fishery also catches up to 1200 endangered loggerhead sea turtles a year, cutting them off the line with varying degrees of injury.

The Pacific Alliance for Sustainable Tuna (PAST) Northeastern Tropical Pacific Purse Seine yellowfin and skipjack tuna fishery received MSC certification in September 2017. The fishery involves the deliberate targeting of dolphins by purse seine boats to find tuna. As a result of this fishing method, dolphins are killed and injured and thrown back to the sea, and research has shown that this type of fishing has also negatively impacted both dolphin birth rates and calf survival rates. 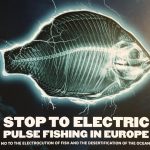 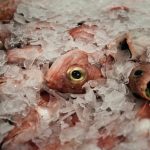