On Tuesday 16th of January the European Parliament adopted a full and definitive ban on electric fishing in Europe. This victory is a collective success of the French organisation BLOOM and all the artisanal fishers and NGOs like FishAct, Our Fish and the Blue Marine Foundation, who worked night and day for weeks to get this result.

“This outcome is a tremendous victory for the ocean, for artisanal fishers and Europe”, said BLOOM’s founder Claire Nouvian. “We are happy and relieved that the Parliament is firmly opposed to a destructive practice that was only authorized in Europe because of the immoral collusion between industrial lobbies and institutions. The Parliament has now taken this issue onboard and will call on the European Commission to justify the conditions under which it granted unjustified derogations against scientific advice. The Commission again used the same misleading arguments in last night’s Plenary debate, which is unacceptable. The fight to end electric fishing is just starting.”

What is electric pulse fishing and why is it bad?

Electric fishing consists of equipping trawl nets with electrodes that send an electrical current into the seabed. The electric shock causes a muscular convulsion in fish, forcing them out of the sand into the fishing net. The electric current used causes such violent, uncontrolled convulsions that 50 to 70% of large cods are left with a fractured spine and internal bleeding after the shock. It has been shown that fishermen using the method discard up to 60% of their catch and it is thought to lead to more juvenile fish being caught. This fishing method is very effective and enables the fishing industry to catch fish more easily, but at the cost of huge destruction to marine ecosystems and exacerbating the problems of overfishing and depleting fish stocks.

Electric fishing has been banned in Europe since 1998 along with other destructive fishing methods such as fishing with explosives, poison or ‘stupefying substances’. In 2006, the EU Commission decided, to grant derogations allowing the use of electric current in the southern Nord Sea, against scientific advice. As a result of these derogations a prohibited, destructive fishing gear was deployed on a wide scale by the Dutch Fishing Industry, well beyond the specified regulatory threshold.

Defenders of electric trawling claim that this fishing gear is sustainable only because they compare it to some of the most damaging gear there is – beam trawling – but neither are acceptable fishing methods for the future of healthy and abundant fish stocks in European waters. 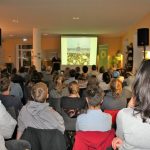 Previous Story:
„The plunder of the sea – facts and demands“ presented to the German Greens 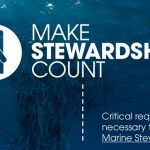