Last weekend, a team of Citizen Inspectors travelled to the German coast of the Baltic Sea including the island of Rügen. The most important fishing ports were visited and monitored in order to prepare for future campaigns and investigations.

Furthermore, ports and beaches with high presence of recreational fishing were investigated. Recreational fishing in the Baltic is responsible for up to 50% of the catch of cod every year. Poorly controlled and monitored these fishing activities are putting the future of the Baltic cod at danger. A closed season for recreational fishing from January to March every year was therefore established in 2017, however it is not clear how the enforcement of the regulation is implemented.

This campaign was the first step in building a strong basis on the Baltic Sea of Germany for future Citizen Inspector trainings and investigations. It was fully financed by the rally team “Die Schrecklichen Svens” (The Ferocious Svens), which completed the Baltic Circle Rallye 2017 and thereby crowdfunded essential funding for FishAct.

FishAct will continue its efforts to investigate and uncover illegal fishing and will be back to the Baltic Sea very soon!

You can read our report on fisheries in the Western Baltic Sea and the importance of recreational fisheries here. 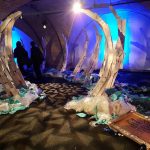 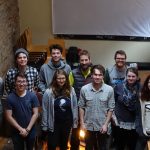