Crowdfunding campaign to save Europe’s swordfish

In September this year a small team of FishAct is heading to Sicily to document and expose the illegal catch of juvenile swordfish. Swordfish are large ocean predators and extremely important for the ecological balance of the ocean. Over the last decades the population of swordfish in the Mediterranean has been decreasing by nearly 70%, due to overfishing and the illegal catch of juveniles.

The “Save Our Swordfish” campaign will run for two weeks, with a team of ten people operating on the ground along the west coast of Sicily. We will do multiple inspections of fish markets, where juvenile swordfish is sold and in fishing ports, to collect evidence which vessels are landing it. Our actions will result in a detailed mapping of where activity takes place and enable enforcement efforts to be directed more effectively.

We will also work to shift consumers’ mindsets by using the powerful footage from the investigations for awareness and education campaigns. The evidence and footage from the investigations is used to produce videos, website articles and print material for the public. Overfishing is driven by the demand of consumers worldwide and therefore leaving certain fish species, like swordfish, off the plates will have an important impact. An increased awareness will lead to public pressure to inspire much needed political vision to deal with these problems effectively. Various public events, talks and actions are planned to take place, bringing together activists, artists, chefs and scientists, to conserve the Mediterranean swordfish for future generations. 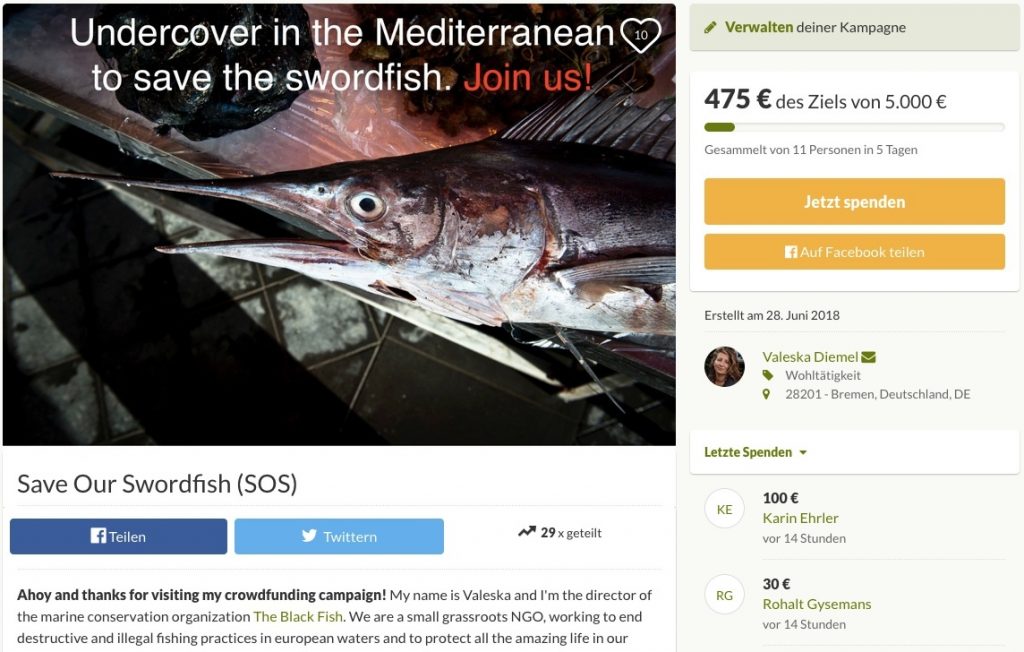 What is the deal with swordfish in the Mediterranean?

Swordfish are large predatory fish highly prized for their meat in the harbours and restaurants of the Mediterranean, with demand increasingly each year. They are also a popular target in the trophy fishing industry, which often targets the larger individuals. Like other predators, swordfish mature relatively late and only reach reproductive age at 5-6 years. Though the giants of old (swordfish used to be caught measuring as much as 5 metres in length) are now a thing of myth, fishing for swordfish in the Mediterranean continues. These twin pressures of industrial and sport fishing have led the Mediterranean swordfish population to decline dramatically. As stocks have dwindled, prices have increased – further establishing it as a ‘luxury’ product and thereby increasing demand even more.

Since the larger fish in a stock are usually targeted and gone first, smaller fish are now the mainstay of catches in the region and fishers report dramatic losses in fish size in just one generation. Given the large financial gains to be had for swordfish meat, this situation leaves young, juvenile swordfish as tempting targets for local fishers. Despite the targeting of fish below 90 cms being illegal under EU law, a lack of enforcement and corruption within the enforcement agencies themselves means these laws are flaunted. As such it is estimated that 72% of swordfish caught in the Mediterranean in 2012 were juvenile! Catching undersized fish poses great threats to the stock. The late maturing life history of swordfish means that they are particularly vulnerable, resulting in a large number of fish being caught before ever being able to reproduce – a trend that threatens the very survival of the species.

To make our plans to save the swordfish become reality we started our SOS crowdfunding campaign today. It will help us to cover basic cost of our investigative work. Please visit our campaign page to learn more! 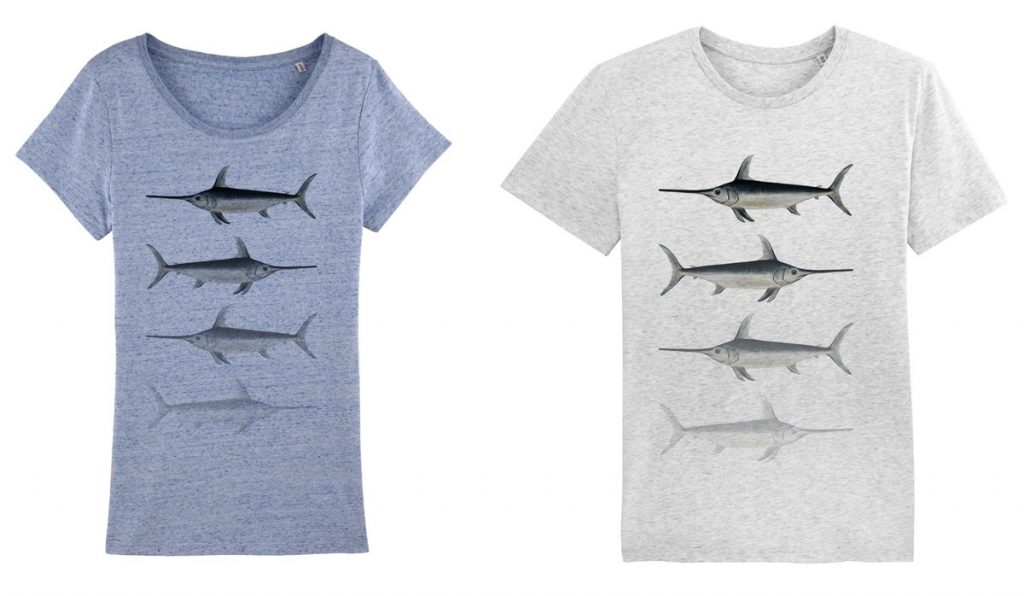 The swordfish campaign shirts for women (blue) and men (grey).

Thank you so much for helping to save the swordfish in the Mediterranean! Without your support our important work against destructive and illegal fishing would not be possible! 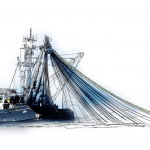 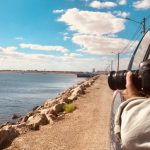 Next Story:
Investigating illegal bottom trawling in the Gulf of Gabès, Tunisia