The CFP has failed!

The Common Fisheries Policy of the European Union has failed. The CFP came into force 2014 and required all member states to end overfishing until 2020. The plan should have been implemented by using all fish stocks sustainably, reducing the large amounts of bycatch and following the scientific advice for fishing quotas. Means: Setting fishing quotas at the level scientist calculated, enforce fishing laws and penalize violations of fishing laws. The self-imposed deadline of the EU expires in five weeks! So, where do we stand?

41 percent of all fish stocks in European waters are still overfished. In October this year the ministers ignored the advice of their own scientist – again – and decided on much higher quotas for herring and cod in the Baltic Sea. A fishing ban for the critically endangered European eel was rejected in Brussels in 2017. And only last week the European Parliament’s Committee on Fisheries voted to reintroduce harmful fishing subsidies that spend European citizen’s tax money to build new fishing vessels and to increase the efficiency of fishing gear. The EU banned this type of subsidies in 2004, as it directly encourages overcapacity of the fishing fleets and drives overfishing.

In times of a global climate and biodiversity crises the irresponsible attitude of the ministers is making us furious. How the Common Fisheries Policy is going to proceed, remains to be seen. The only thing we can promise you right now: We will not stop to speak up and take action to protect all life in our ocean! 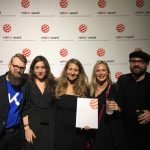 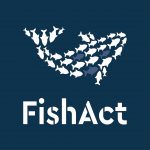 Next Story:
Until every fish is gone?!