90 percent of fish populations around the world are fully or over exploited. Our ocean is already suffering. But billions of euro in government subsidies just encourage more fishing. Countries have until June of this year to reach a WTO agreement that would stop harmful fisheries subsidies. If they can’t put their differences aside, the deal may fall through. Now, 175 leading NGOs have joined forces to call for the WTO to support a global deal that will protect our ocean and #StopFundingOverfishing.

Harmful fisheries subsidies compensate the cost of expenses such as fuel, new engines, and building new fishing vessels. These subsidies are also used to purchase new or additional processing and packaging machinery for the fishing industry. Thereby, they allow fishing fleets to increase their capacity to catch fish even when it is economically not profitable. Even though vessels are catching fewer and fewer fish, they are able to continue operating, in part due to fisheries subsidies keeping them afloat. In 2018, governments paid out over $22 billion in harmful subsidies [1] and it is estimated that each year over $4 billion in subsidies may support illegal fishing activity [2].

Defenders of harmful fisheries subsidies often claim that the subsidies are needed to support the fisheries and seafood sectors and secure jobs in the industry. But that’s not the case, as the WWF has found out in a case study for Mexico: While subsidies helped increase the size of the fishing fleet, catch levels have remained constant for the last two decades [3]. So as the number of boats increased, the overall catch did not. As a result, the industry was less productive and workers in the fishing industry made less money. While small-scale and artisanal fisheries employ 90% of all fishers, subsidies disproportionately fund big business [4]. For example, about 78% of total fisheries subsidies in Latin America go to industrial fleets, not small-scale operations [5].

Harmful subsidies directly result in an over-sized fishing fleet, encouraging the exploitation and destruction of marine life and ecosystems and thereby threatening coastal communities around the world. Eliminating these subsidies will not require money. Rather, this would free up resources for governments to invest in research, management and enforcement, to protect marine ecosystems and ocean life.

To end harmful fisheries subsidies is an important action point within the framework of the UN goals for sustainable development (SDGs). Most of the SDGs must be achieved by 2030, but elements of the goal of conserving and sustainably using the ocean’s resources (SDG 14) were considered so urgent that world leaders agreed four of its targets should be fast-tracked for implementation by 2020. „To prohibit certain forms of fisheries subsidies which contribute to overcapacity and overfishing, eliminate subsidies that contribute to illegal, unreported and unregulated fishing, and refrain from introducing new such subsidies“ (SDG 14.6) is one of these urgent goals. However, for the last two years, WTO members have failed to reach a deal.

Now, WTO negotiators have 25 working days between November 2nd and December 4th, to reach an agreement to end harmful fisheries subsidies. FishAct and 174 other NGOs have called on the WTO to agree on globally binding rules to prohibit public funds to be used to subsidize the depletion of ocean life and harm livelihoods of coastal communities. A deal is possible. Now is the time for action.

Build the wave of support by sharing the message on social media. Tell the world why ending harmful fishing subsidies matters to all of us: https://stopfundingoverfishing.com

[1] Food and Agriculture Organization of the United Nations (2018). The State of World Fisheries and Aquaculture.

[2] The Economist (2017). A shameful failure to tackle overfishing. The WTO’s failure to reach an agreement on curbing subsidies for illegal fishing is baffling.

[5] International Institute for Sustainable Development (2019). Exploring the Potential Impacts of WTO Fisheries Subsidies Rules: The Case of Shrimp on the West Coast of Latin America. 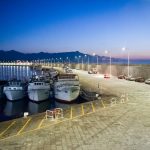 Previous Story:
Impacts of COVID 19 on the fishing industry 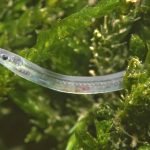 Next Story:
Put an end to eel fishing in Germany! Sign our petition!