FishAct is a movement of people, who have not lost their hope. We are working to end destructive fishing practices and stand up for healthy and abundant oceans. Join us!

2020 was a tough and exhausting year for all of us.

Due to the global Covid-19 pandemic, FishAct volunteers could not participate in any events, nor travel and carry out any investigations. As a result, we focused on online-activism, stated preparing our future campaigns and work on our internal structures.

FishAct joined the international #StopFundingOverfishing movement to campaign against harmulf fisheries subsidies, that are driving the destruction and plundering of our oceans with public money.

FishAct’s first online petition “Stop the hunt on eel” was launched. The petition demands a strict ban on commercial and recreational fishing of European eel in Germany, as the eel is threatened with extinction. 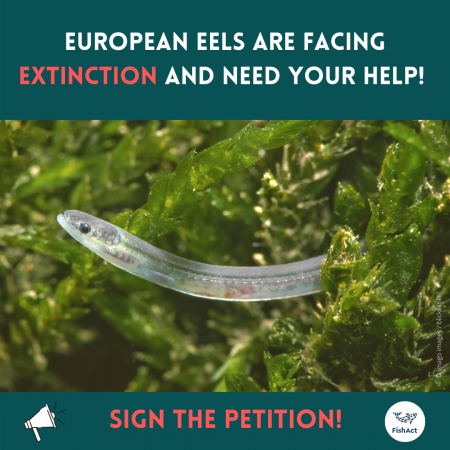 In 2019 FishAct’s work was mainly focused on awareness projects and team building. The organization participated in different ocean events, such as the „Screening the Sea“ conference in Kiel, screenings of Patagonias documentary „Artifishial“ in Frankfurt and Bremen and a public reading of Wolfram Fleischhauers thriller „Das Meer“ in Hamburg.

The documentary „FishAct – Fighting illegal fishing“ by Tom Vierus was released and screened at the the Wildlife Conservation Film Festival in New York.

Dutch volunteers hold their first national team meeting in Amsterdam, to establish structures for future FishAct projects and campaigns in the Netherlands.

FishAct and MUTABOR won a “reddot award” for the rebranding design and logo and celebrated at the official gala event in Berlin. 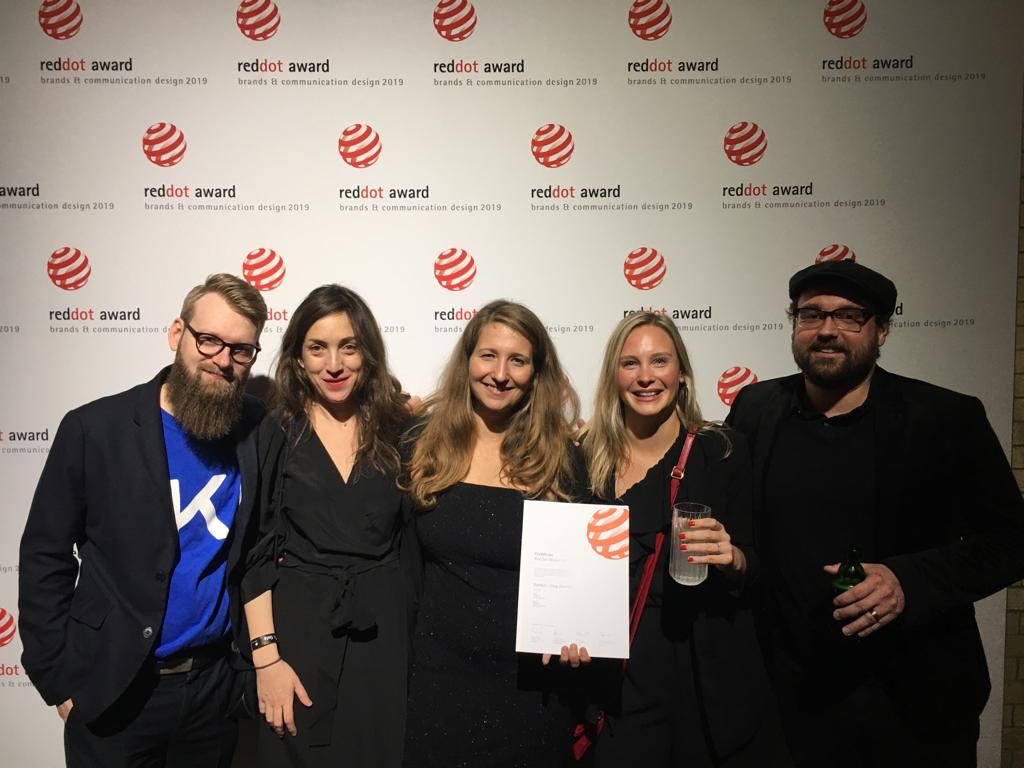 In 2018 the organization decided to scale up the efforts and internal structures and re-branded into “FishAct”. A new name and identity were developed to communicate the goal of the organization better.

In September FishAct investigated the illegal catch of juvenile swordfish and other undersized fish on Sicily. During two weeks of campaign port and market inspections were carried out in 12 different cities along the east and west coast.

In October a team of Citizen Inspectors documented the widespread use of illegal “Kiss” trawlers in the Gulf of Gabès, Tunisia.

FishAct joined a collective of NGOs and artisanal fishermen, who stopped the approval of electric pulse fishing in all European waters by extensive policy work in the EU parliament in Brussels.

FishAct Germany carried out inspections of five different German port locations at the Baltic Sea. Watch the video of our campaign here. 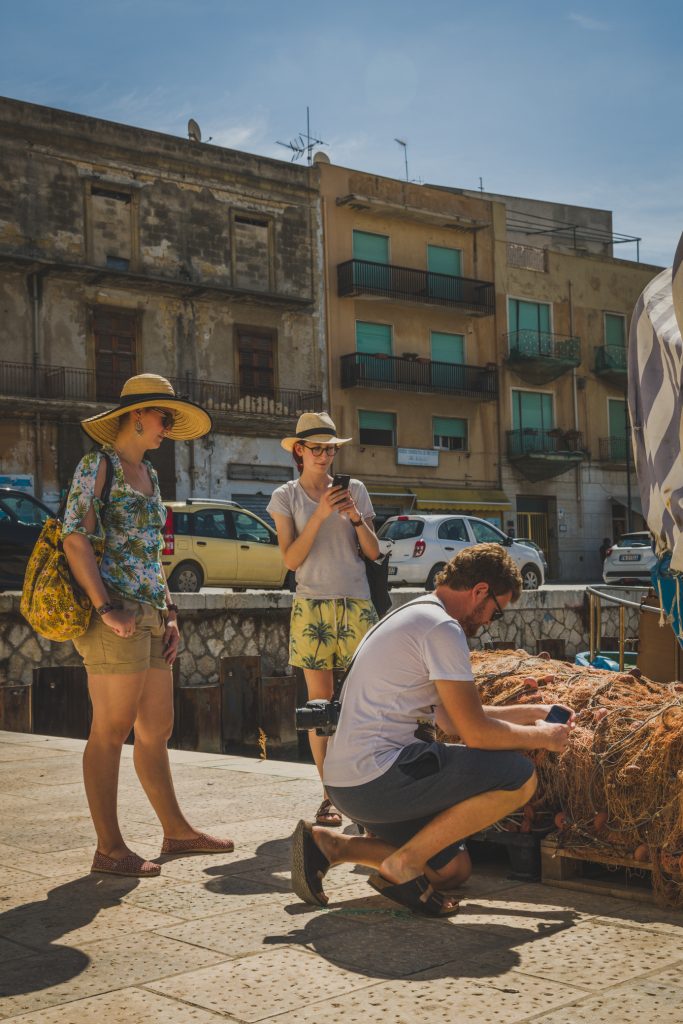 The booklet Deserted Ocean, filled with colourful infographics on the ocean, overfishing and aquaculture, was designed by the German illustrator Sarah Katharina Heuzeroth and published by FishAct.

FishAct participated in many ocean related events, like the “Ocean Film Tour” in Berlin and a panel discussion with the popular fisheries scientist Prof. Dr. Daniel Pauly in Bremen.

One team participating in the “Baltic Circle Ralley” supported the work of FishAct and raised donations during their tour around the Baltic Sea. 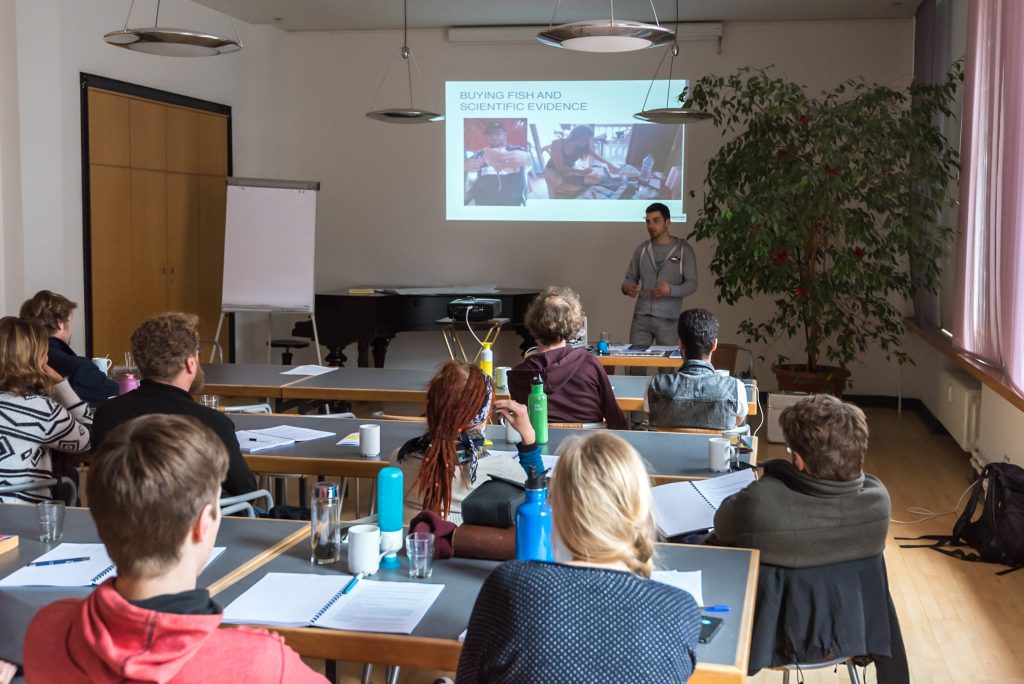 The animated short film “Losing Nemo” was translated  to and subbed in German. Two official launch screenings took place in Berlin and Hamburg. The organization participated in and gave talks at many different events, like the vegan summer festival Berlin, the Green Market Berlin and the Vegan Spring in Hannover.

In September the “Voice for the Ocean Tour“ ran over three weeks across 16 German cities. The public events reached more than 400 people and raised essential funding to kick-start FishAct‘s network in Germany. 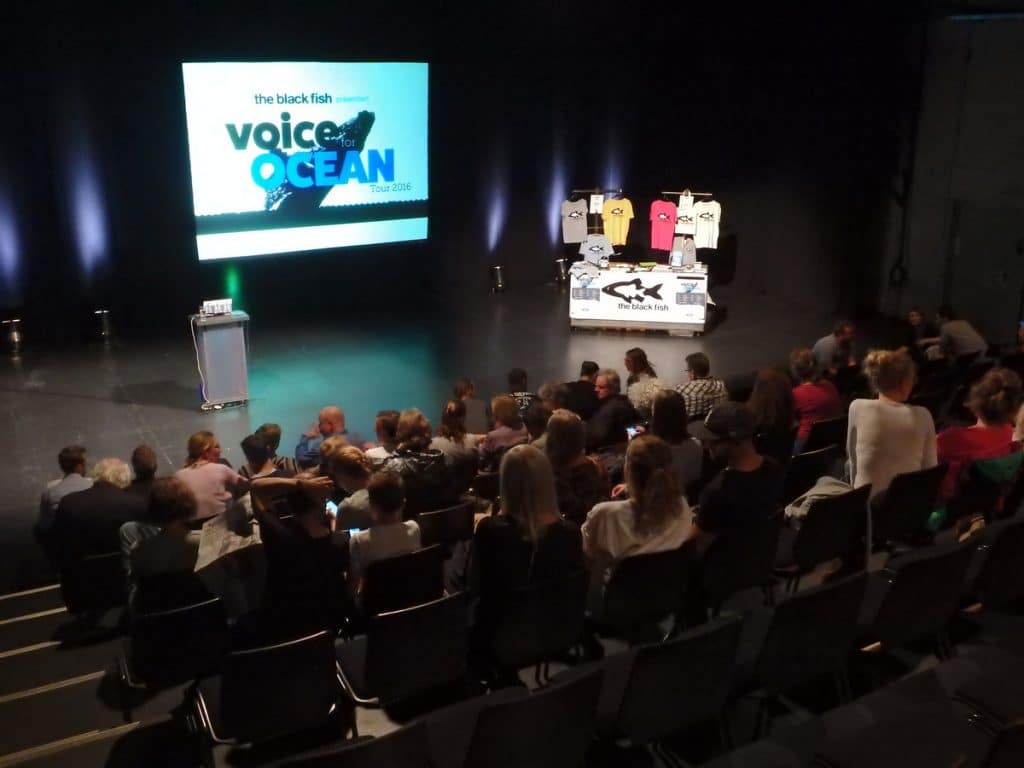 FishAct uncovered the widely spread use of illegal driftnets on Sicily, which were banned by the UN and EU years before. Fishermen exploited a new legal loophole by adding metal rings to their nets, arguing that the illegal driftnets on their vessels are instead surrounding nets, used to catch smaller species.

An investigative campaign in the Mediterranean Sea looked into the illegal deployment of Fish Aggregating Devices (FADs) and confiscated as many of them at sea as fuel budgets allowed. 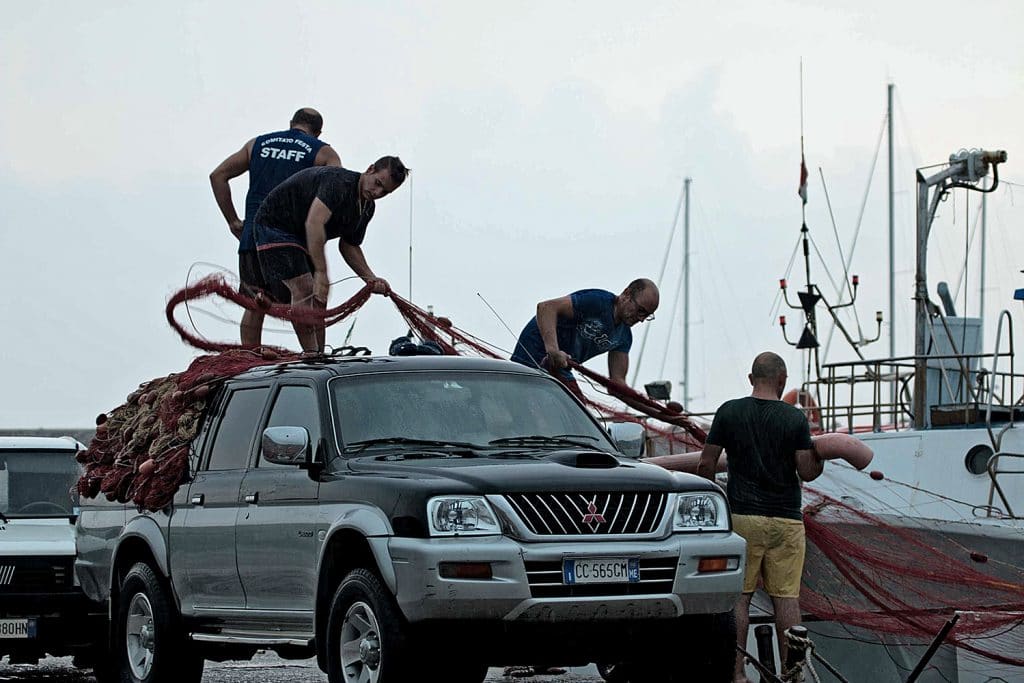 Together with the NGO Fin Fighters the organization investigated the illegal finning of sharks in multiple ports in Morocco. 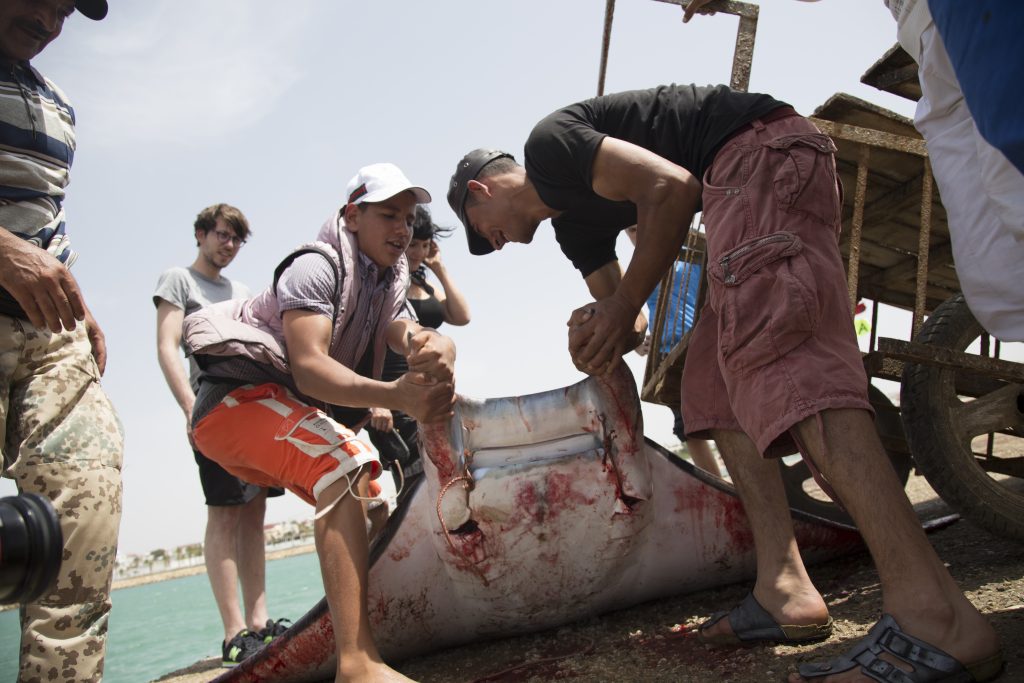 In November FishAct carried out a series of sea patrols off the North coast of Sicily, Italy. Over 300 illegal Fish Aggregating Devices (FADs) were observed in a relatively small area of sea and a number of devices were confiscated until the available fuel budget was exhausted.

Multiple investigation on Sicily brought up the urgent need of investigating illegal driftnet use, dynamite fishing and the landing of undersized fish. The campaign received widespread media attention and collected evidence was presented to the European Commision.

FishAct ran a six week long speaking tour across the UK to raise awareness of illegal overfishing and to rally support for its upcoming campaigns in Europe. At over 30 public events across the country, the team met over 2000 people in colleges, universities, community centres, libraries and pubs.

A team of 32 internationally acclaimed animators produced the short film Losing Nemo, was released on World Oceans Day and has since won various film prizes and viewed online by 200.000+ people. 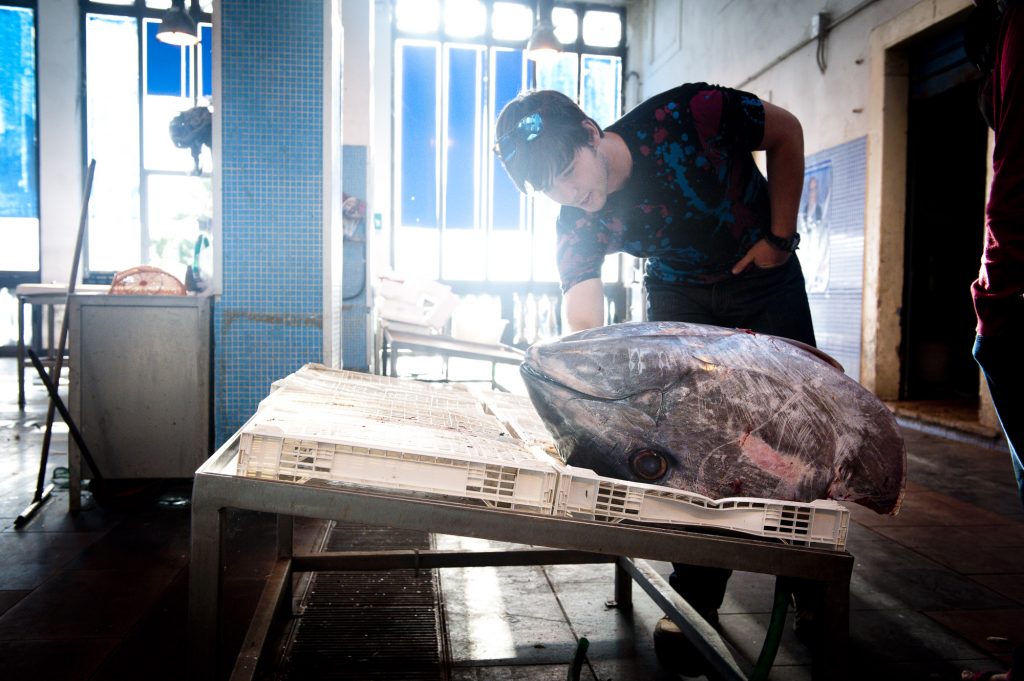 The first monitoring campaign into illegal fishing activities was done in Croatia in July. From that day on the focus of FishAct’s work was on the overfishing and illegal farming of tuna. The majority of all following campaigns were located in the Mediterranean.

FishAct ran a two week long speaking tour across England to raise awareness about the damage caused by industrial overfishing and to rally public support for a new approach to marine conservation.

FishAct was founded as “The Black Fish” in 2010 by a group of young conservationists, who previously worked for Greenpeace, Earth First and other NGOs. After an initial year of working on marine mammals in captivity, FishAct shifted its attention towards the issue of overfishing.

In 2011 the volunteer network of the organization began to expand and the plea of FishAct to safeguard the future of an healthy ocean was reaching a much bigger audience.